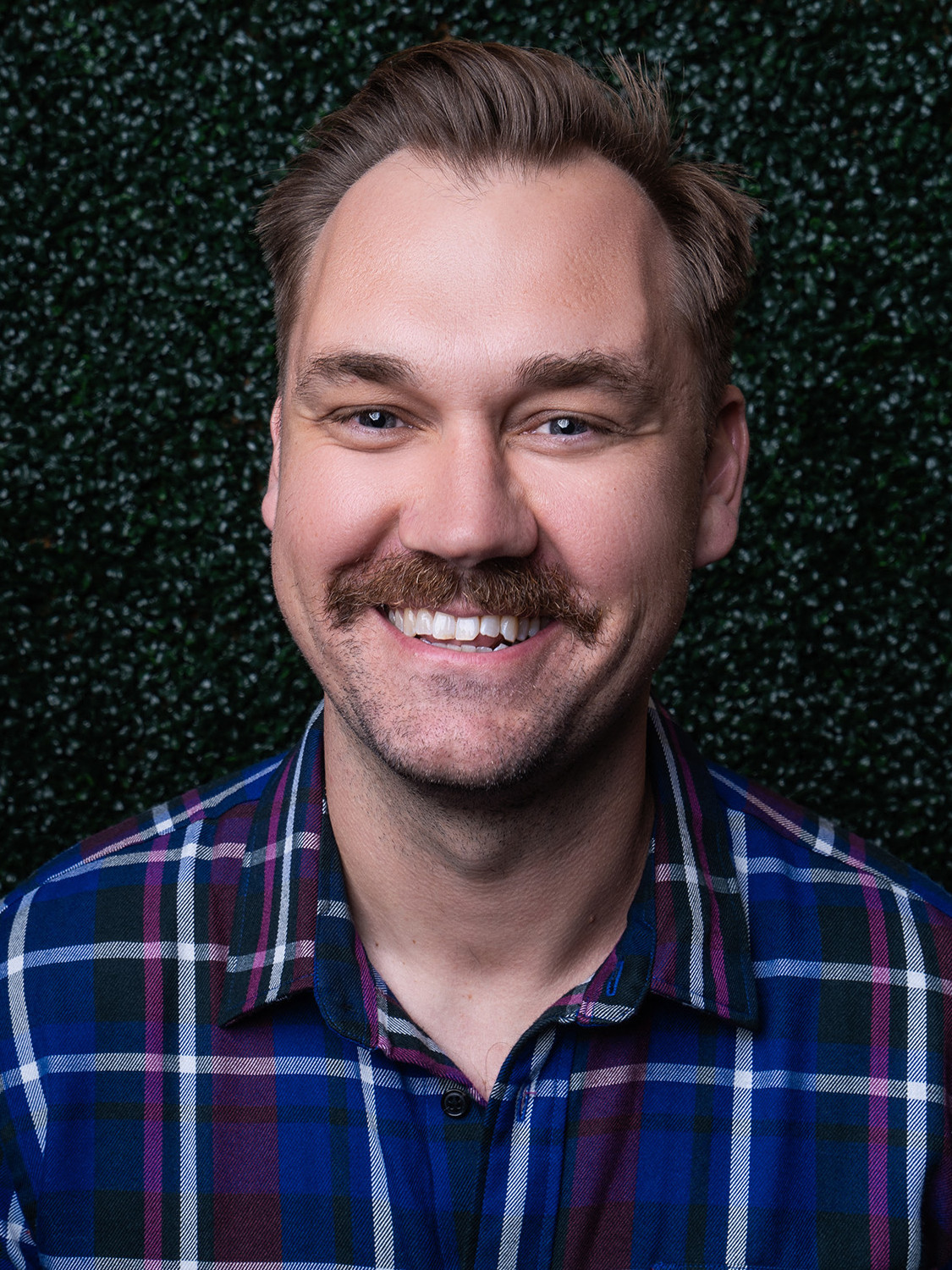 Andrew Sleighter started in comedy looking for the perfect funny line to open a biography. Since then, Andrew’s laid-back style and clever writing has won him appreciation from fans and respect from his peers.
Andrew performed on Last Comic Standing, recorded a comedy special for Dry Bar and made his late-night stand-up debut on Conan. He's also written and performed sketch comedy for Comedy Central and wrote and blogged for the Sports Show with Norm Macdonald on Comedy Central.

A regular at colleges and comedy clubs across the country, Andrew’s also performed at some of the most prestigious comedy festivals in and out of the country including Bumbershoot, Bridgetown, Gilda’s Laugh Fest, The Aspen Comedy Festival, Laughing Skull, and the Johnny Carson Great American Comedy Festival.

Andrew’s comedy has the ability to reach wide ranges of audiences and works in a diversity of rooms. Reliable and consistent, he rarely ends a show by lighting the stage on fire out of rage. Most importantly, he’s constantly fascinated by and eager to keep learning about stand-up.” 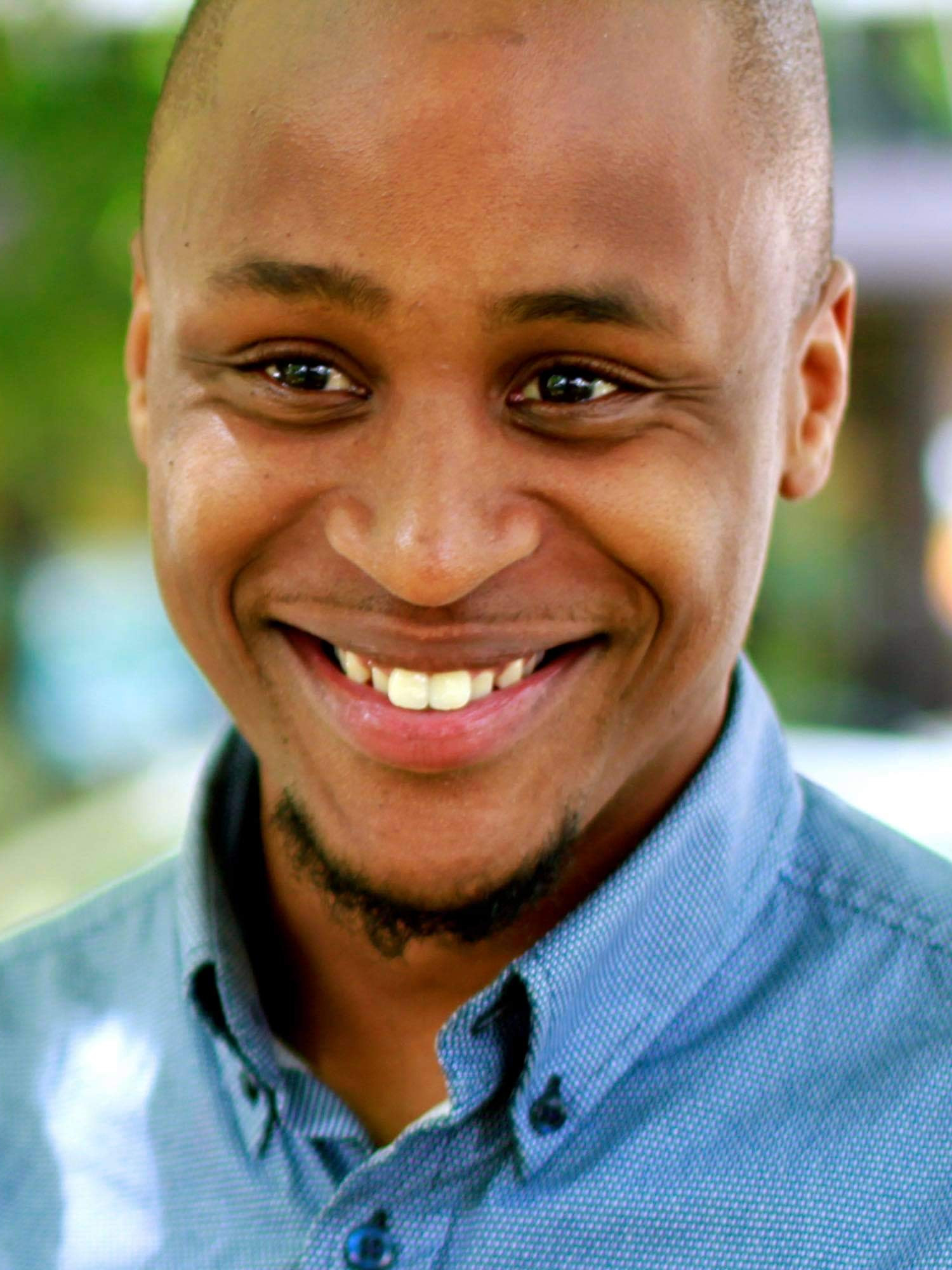 Birungi Birungi is a Ugandan comedian based out of Seattle, WA. Although he initially moved to America for college, he quickly found a different way to fall into debt – stand up comedy! He has hit stages in multiple cities including Portland, Denver, Boston, Phoenix, San Diego and Los Angeles. Notably, he was featured on the “Best of the Fest” list at the Burbank Comedy Festival and was a contestant in the last San Francisco International Comedy Competition. Birungi has opened for DL Hughley, Alonzo Bodden, John Caparulo, Dwayne Perkins, and Zoltan Kazsas.
Instagram: @theugandancomedian
twitter: @ugandacomedian 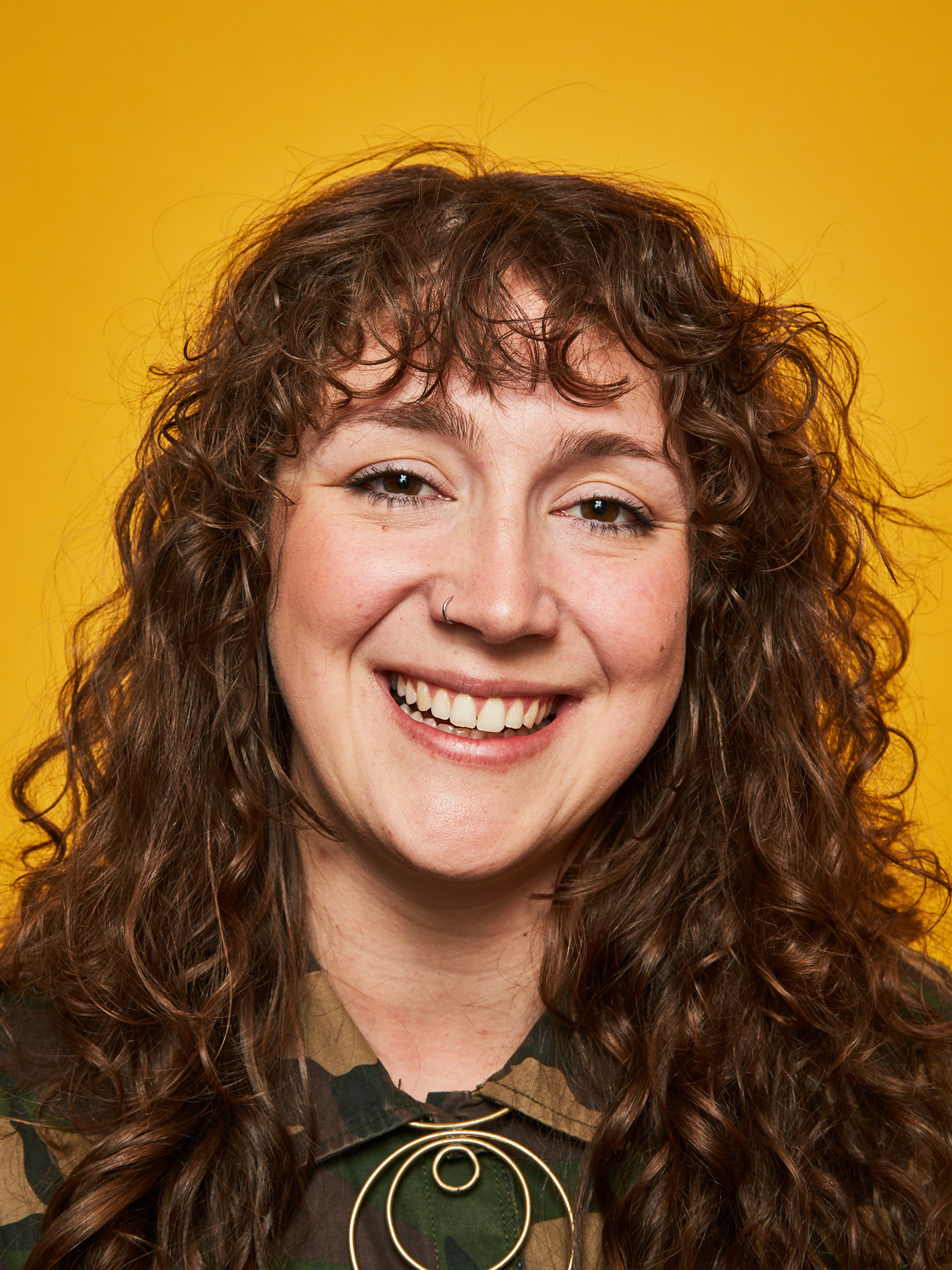 Erin Ingle may just be Seattle's tenderest feminist, with comedy that's equal parts joy and judgment. Erin has been performing stand-up since 2012 and currently headlines around the PNW. Erin has been featured on Comedy Central, NBC, and at the “10,000 Laughs,” and “Laugh Your Asheville Off” comedy festivals, and her monthly comedy Q&A show "Is This Normal?" brings in a regular cult crowd. She hopes one day to be friends with someone who owns a glamorous boat.
twitter: @ingletime
instagram: @sesameplexer
website: eriningle.com 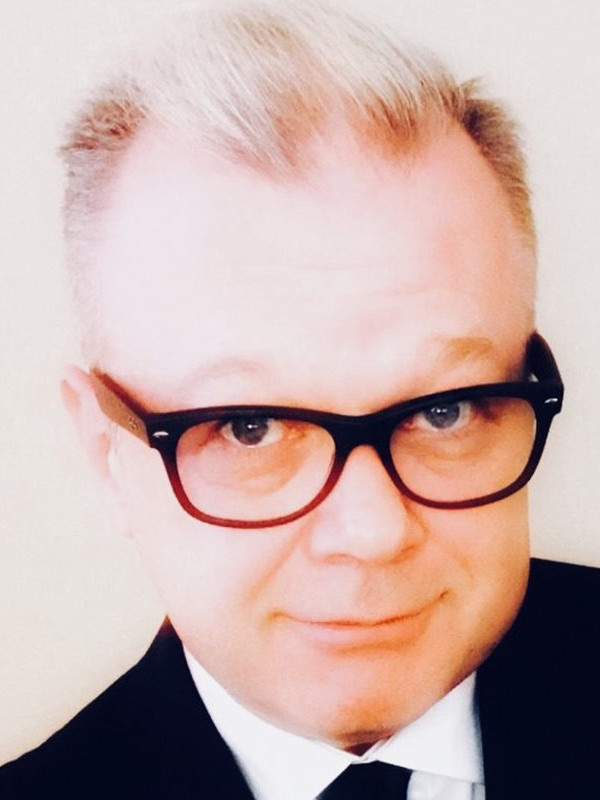 Duane Goad is a Canadian-born, Seattle-based comedian who has entertained audiences all over the U.S. and Canada with his quick, sarcastic and self-deprecating style of comedy.

He has performed at some of North America’s top comedy clubs including Yuk Yuks, The Improv and Comedyworks. He’s been featured at numerous comedy festivals including Funny or Die’s Oddball Comedy Festival, The Las Vegas Comedy Festival, The Bumbershoot Arts Festival and The Vancouver Comedy Festival. Duane was a finalist in the Seattle International Comedy Competition and as an opening act, he has shared the stage with some of the best comics in the business such as Jim Gaffigan, Flight Of The Conchords, Bill Burr, Brad Garrett, Maria Bamford, The Impractical Jokers, Damon Wayans and music superstars The Jacksons.

If he looks or sounds familiar, then you may have seen or heard him in numerous commercials including The FX Network, Gillette Razors, Ford and Microsoft. Northwest television audiences may recognize Duane from his appearances on the popular Seattle-based sketch comedy shows Up Late NW and The 206. 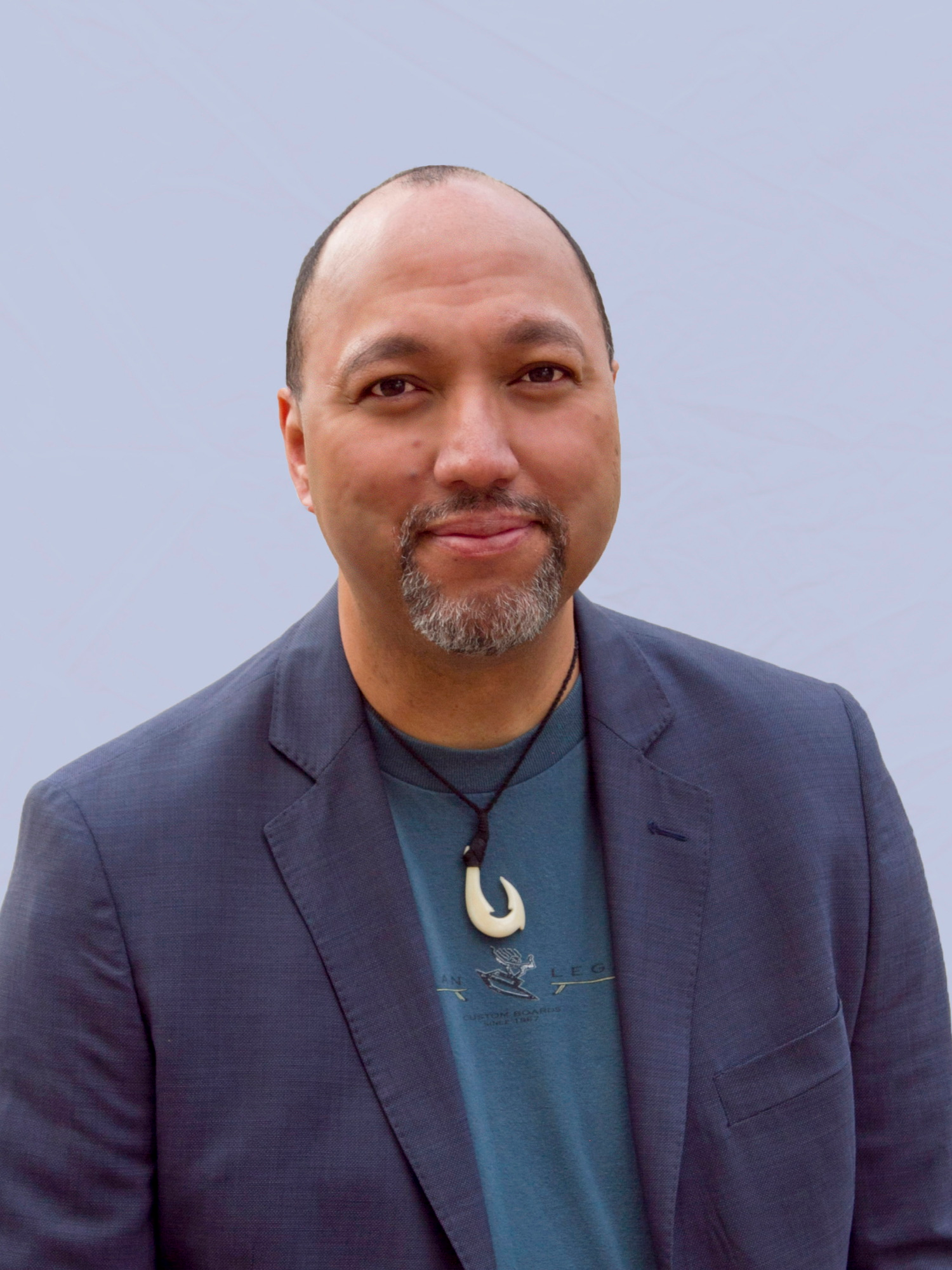 Kermet Apio is a past winner of the Seattle Comedy Competition and a winner of the Great American Comedy Festival, a national competition that takes place in Johnny Carson's home town of Norfolk, NE. He has appeared on Comedy Central and A&E and has numerous appearances on National Public Radio. He has performed in 47 states and recently completed a 25 city theater tour through western Canada.

Ticket information can be found at the Edmonds Center for the Arts website for the shows on Friday Mar. 10th and Saturday March 11th.

In the mood for comedy, but don't want to physically go out to the show? Now you don't have to! Grab your family and/or friends and get the Edmonds Comedy Night Living Room Laugh Pass for Saturday, March 11th.

Use the convenient links below to get your tickets through the ECA box office.

Purchase tickets for the

Tickets may also be purchased in person at the ECN box office:

Edmonds Center for the Arts